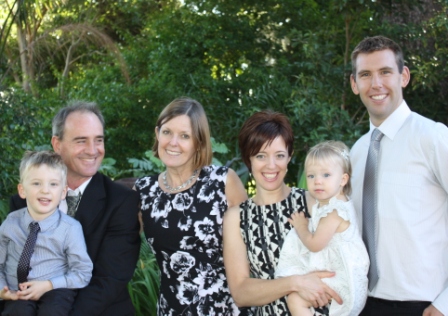 In 1987 Pru and Des purchased the old building at No 45 Grants Gully Road. It was built as a jam and pickle factory in the 1860's but had been used as a dwelling in more recent times. It was run-down and needed a lot of work. Over many years Des spent as much time as he could rebuilding, repairing and restoring the property while maintaining a full time job and sharing the parenting of two small children, Emily and Thomas.

As years went by the building gradually came together. The children grew up and in their early twenties left home, both starting their own married lives. Des and Pru decided it was time to get the building finished. Des left his job and Pru launched an eBay business selling antiques and collectables, following their long time interest and passion. Hence, Clarendon Antiques and Collectables was born.

It was hard and time consuming work for both. Des had a very physical and demanding job as the building had so many parts to complete and so many difficulties to problem-solve. He became a proficient stonemason repairing all the stone walls and rebuilding many along the way.  Pru maintained a modest income that enabled work to continue on the building.

Meanwhile Emily who now had a music degree needed a supplementary income and was tired of travelling to the city working in coffee shops. She also began selling on eBay as Em's Eclectic Emporium. Her husband Adam continued his 9-5 job in the city. It wasn't long before their first child, Heath, came along and they decided Adam would be the house husband and Emily would continue to work eBay.

Emily & Pru would find they went off sourcing stock together and often bought the same type of things and many times sold to the same customers. Their interests overlapped and they often shared their acquired knowledge. The age gap between the two meant a different perspective of items was seen giving each a more expansive view and broadening their knowledge base.

Meanwhile the push to finish the building was on. It was a mammoth effort not without many lumps and bumps along the way but finally the building yielded and was near completion. A second baby, Anika was born to Emily & Adam making life more hectic and time a premium.

It seemed to make sense to have the shop run by both families pooling knowledge and resources. It also meant a sharing of responsibilities in and out of the shop. A partnership was entered into and the two couples started trading as Emprades, a name cleverly put together by Des. Letters from each of their names was combined: EMily, PRu, ADam and dES. The name was researched just to make sure it had no inappropriate meaning. Much to their surprise and delight the word was Catalan and meant "to use or to be used". It seemed it was just meant to be.

25 years after purchase, in October 2013, the property was ready to be used and the shop was opened. It had been such a long journey.

As we step into the next phase, we look forward to sharing the experience with our customers and our friends.